Potato waffles is a long-established, United Kingdom dish, usually served for breakfast. Though traditional for the UK, the potato waffles are also popular in Ireland and Australia. You don’t need fancy ingredients to cook Potato waffles: potato, oil, and some seasonings are enough. Easy to make and quite tasty, it goes nicely with boiled/fried eggs, bacon or salad. 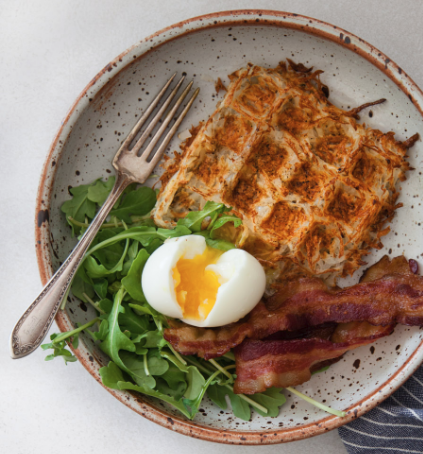 How to Prepare Potato Waffles

It is very easy to cook  potato waffles and it hardly takes 30 minutes. Check out below some simple steps to cook potato waffles: It is very easy and fast to cook this dish. Kids love it and you can combine it with various foods to serve it for breakfast, lunch or dinner. If you want a healthier or less calorie version, use sweet potatoes instead of regular ones.

Cooking this is an interesting alternative for the mashed potatoes leftovers that otherwise might end up in the trash bag. Potato waffles are also Paleo Diet friendly.

See also  Should You Grease a Waffle Maker?

Interesting Video About How to Make Potato Waffles